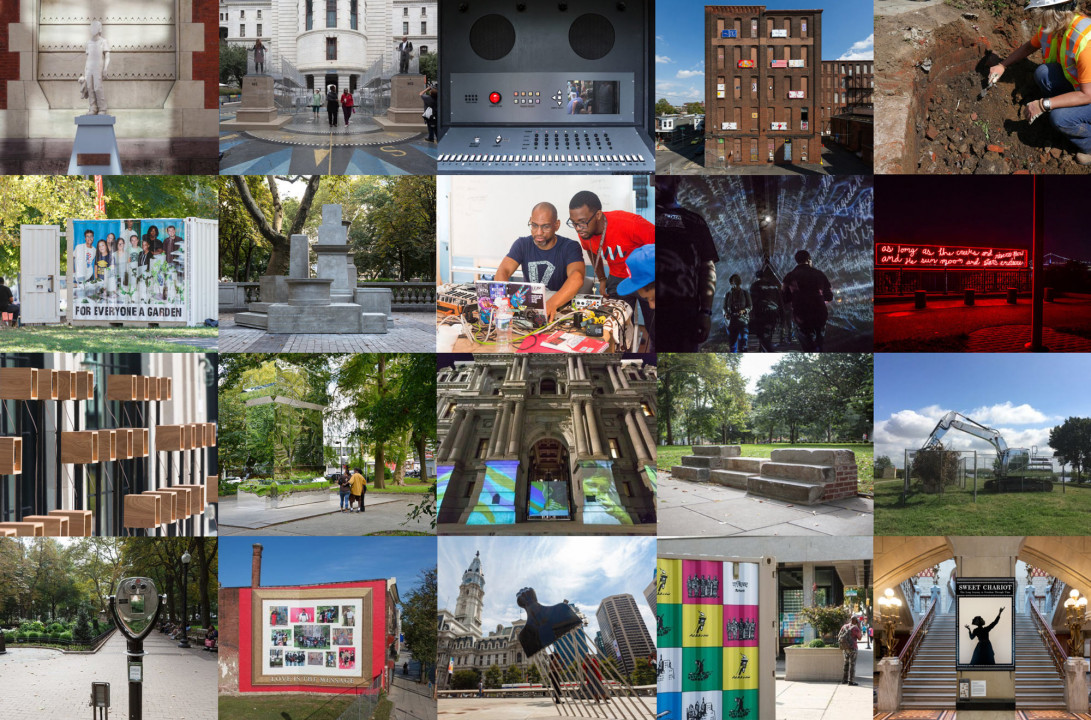 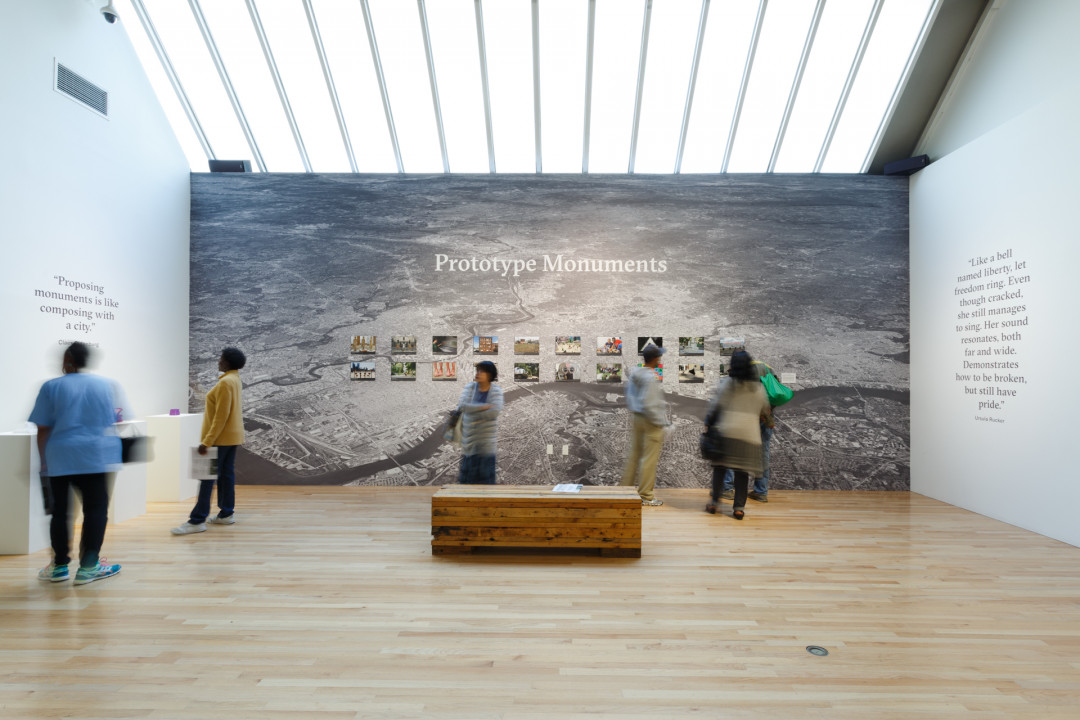 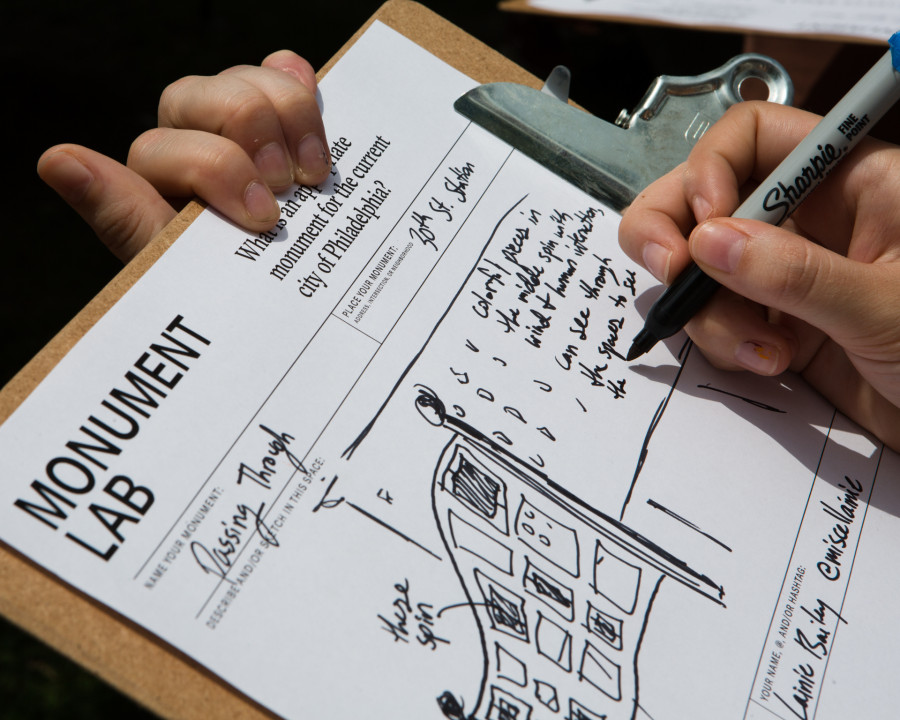 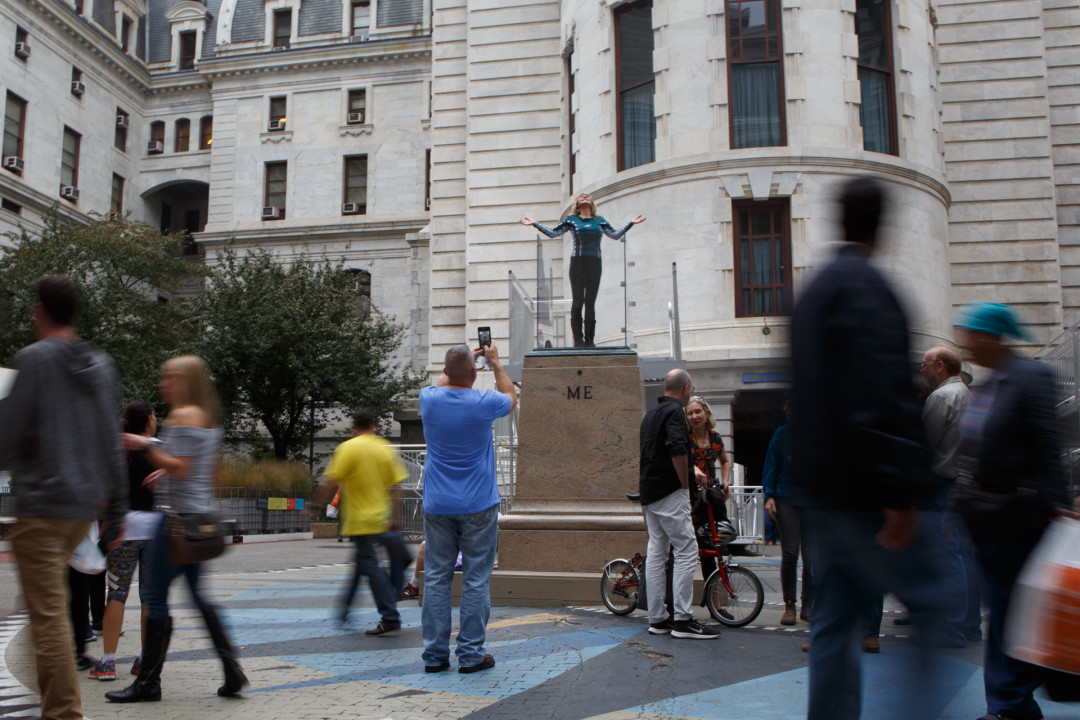 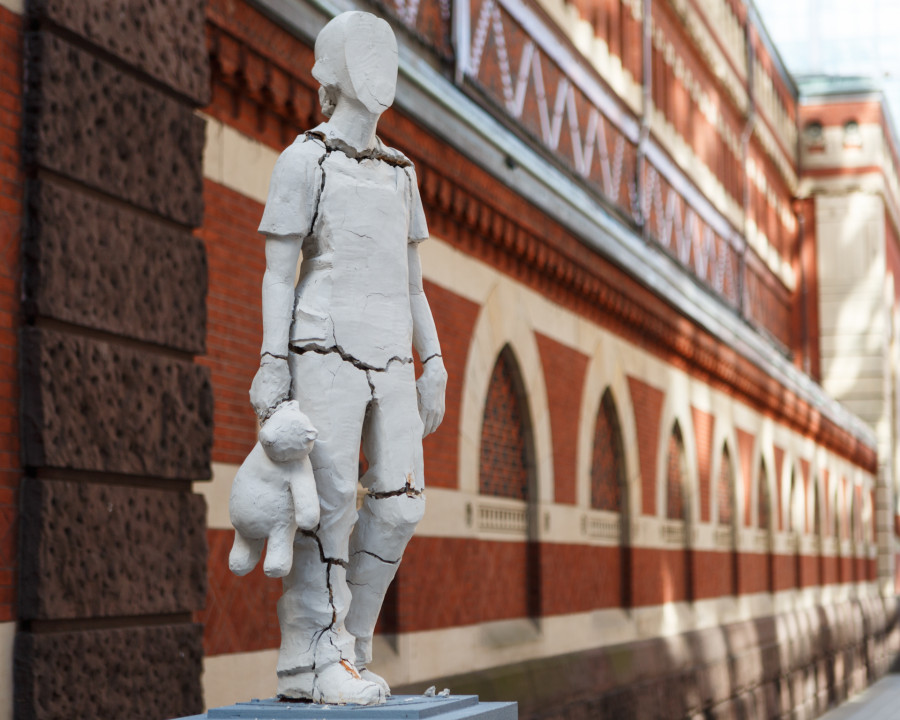 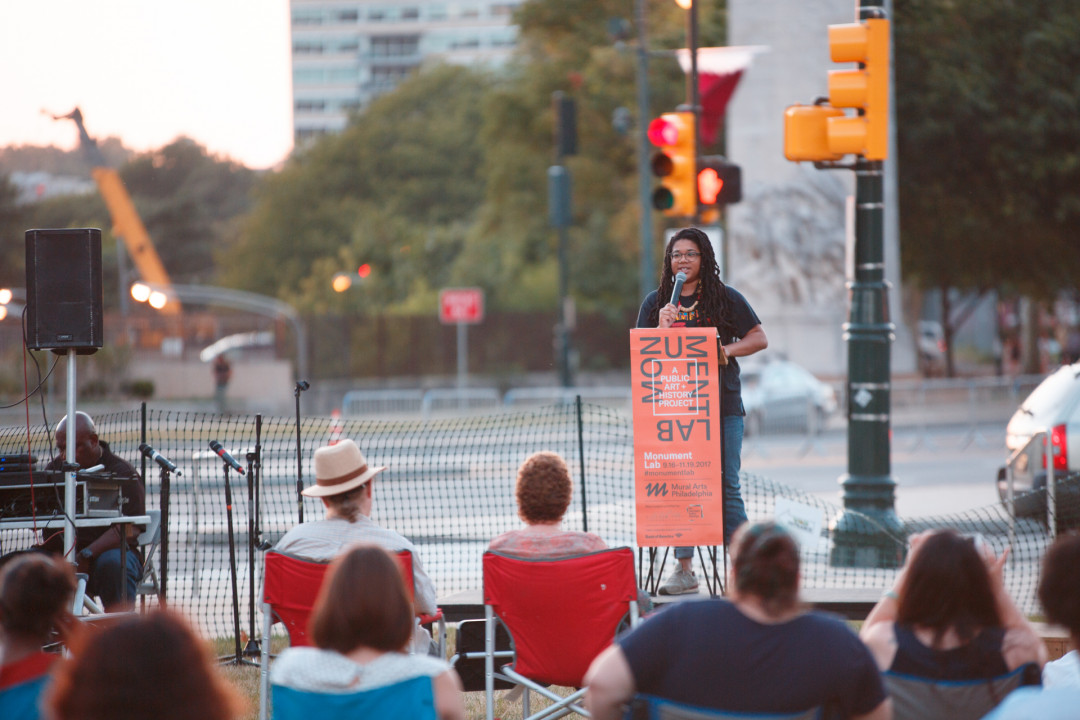 Monument Lab was a public art and history project based in Philadelphia built around a central guiding question: What is an appropriate monument for the current city of Philadelphia? This line of inquiry was aimed at building civic dialogue and stoking historical imagination as forces for social change. The Monument Lab team was led by curators Paul M. Farber and Ken Lum, and included collaborating artists, scholars, researchers, and students.

From September 16–November 19, 2017, the Monument Lab curatorial team and Mural Arts Philadelphia installed temporary prototype monuments by 20 artists across 10 sites in Philadelphia’s iconic public squares and neighborhood parks. These site-specific, socially engaged artworks were presented together with research labs. Over 250,000 people engaged with the labs and project sites at the Barnes Foundation and the Pennsylvania Academy of the Fine Arts, and close to 4,500 creative monument proposals were collected from Philadelphians and visitors. The proposals operate as a creative dataset of public speculation: they were transcribed and presented in a searchable interface on the Monument Lab website and will be uploaded to OpenDataPhilly; were presented in a final Report to the City presented to the Mayor of Philadelphia and the city commissioners; and will be included in a forthcoming publication Monument Lab: Creative Speculations for Philadelphia co-edited by Farber and Lum (Temple University Press, 2019).

Major support for Monument Lab projects staged in Philadelphia’s five squares provided by The Pew Center for Arts & Heritage. An expanded artist roster and projects at additional neighborhood sites made possible by the William Penn Foundation. Generous additional support provided by the National Endowment for the Arts. Lead corporate sponsor was Bank of America.