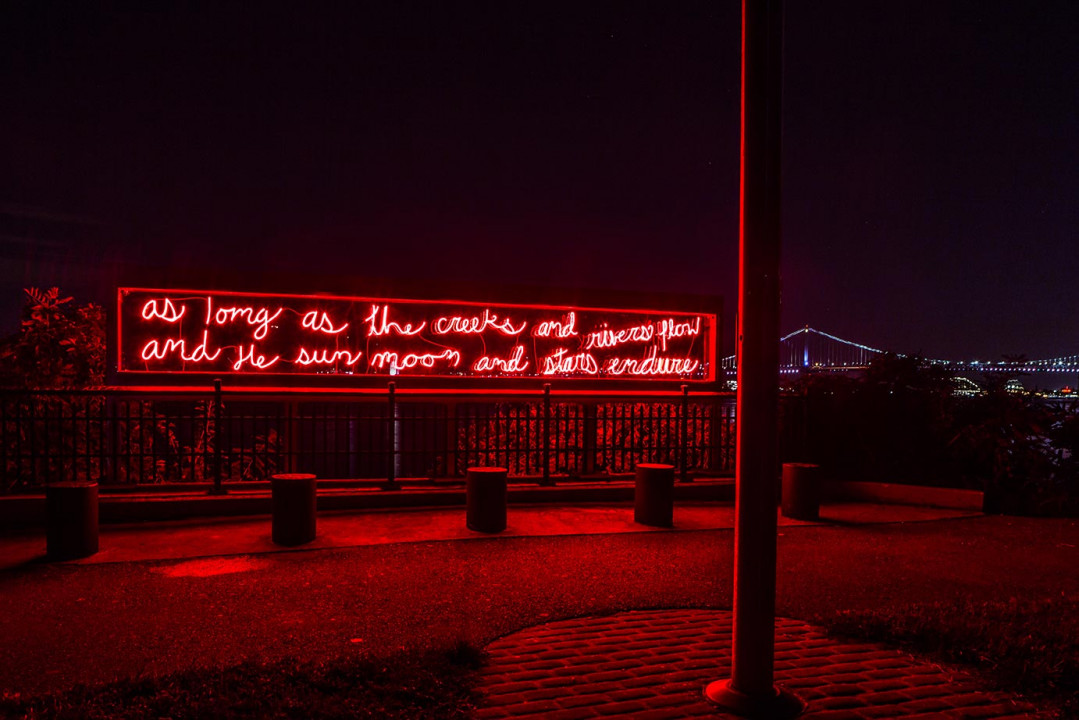 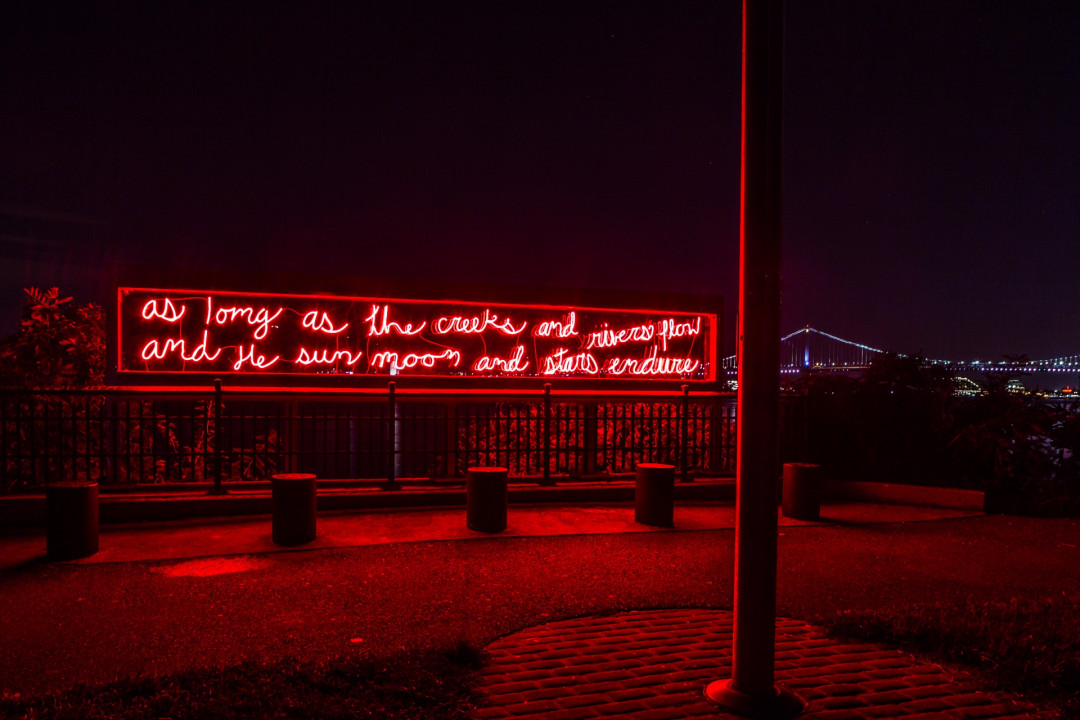 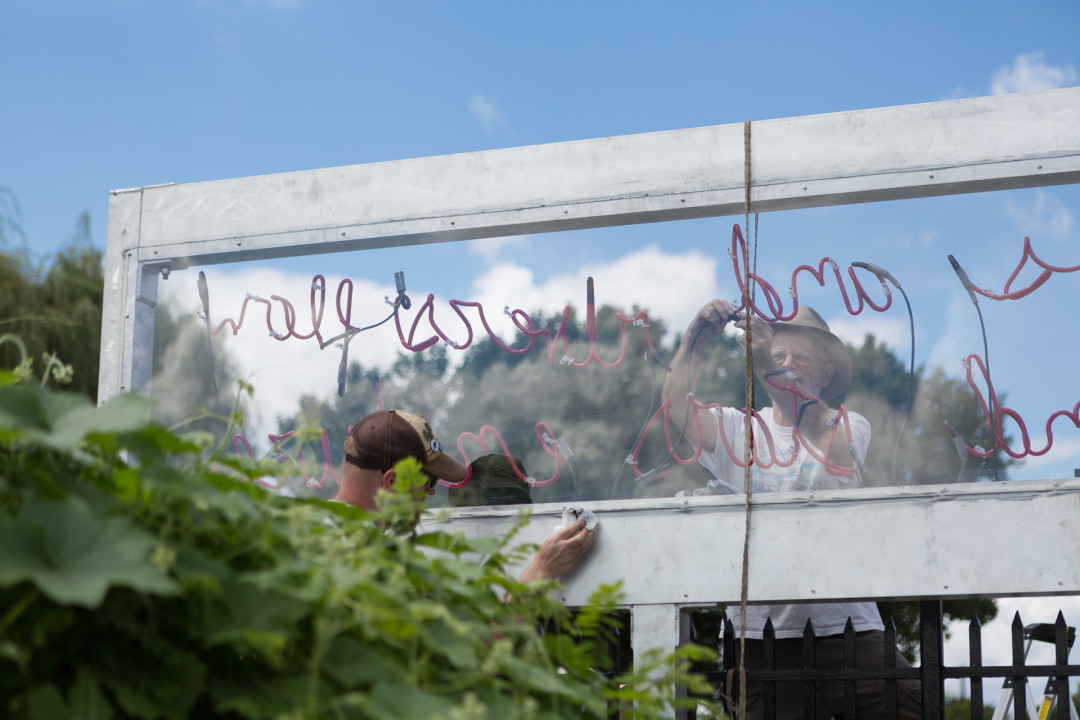 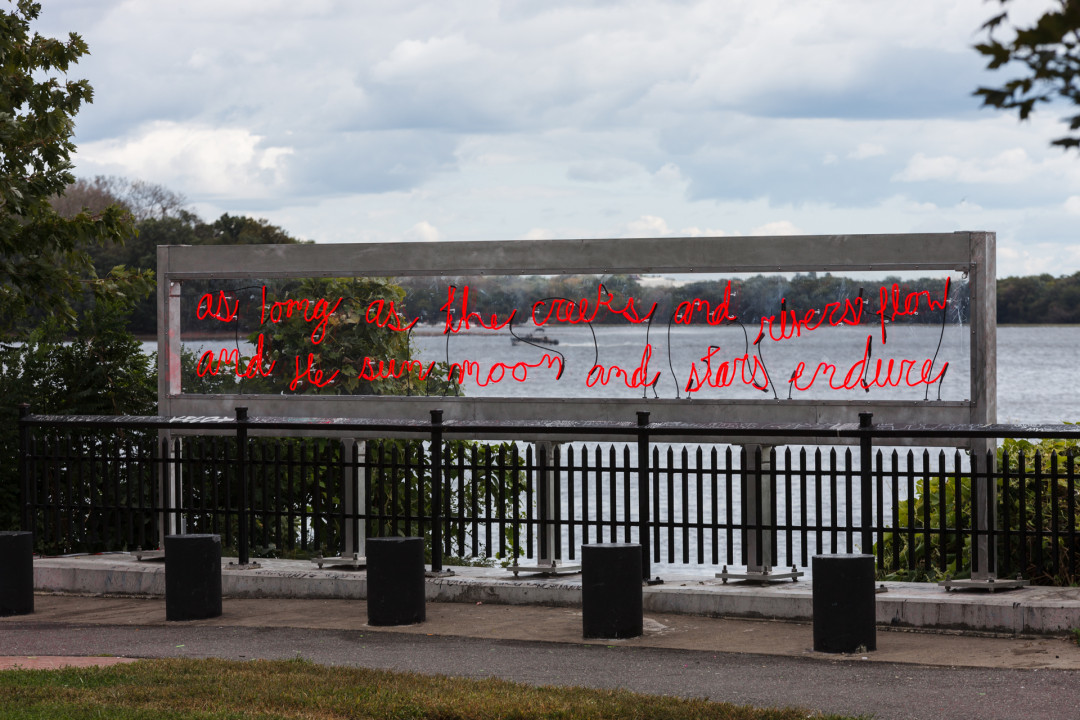 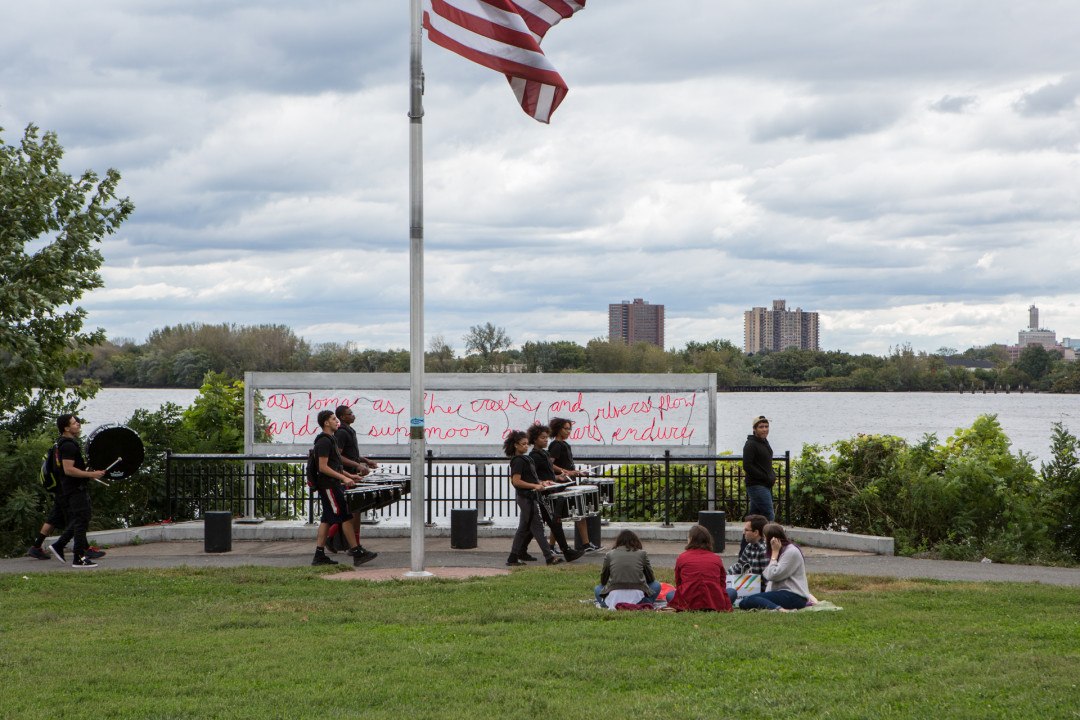 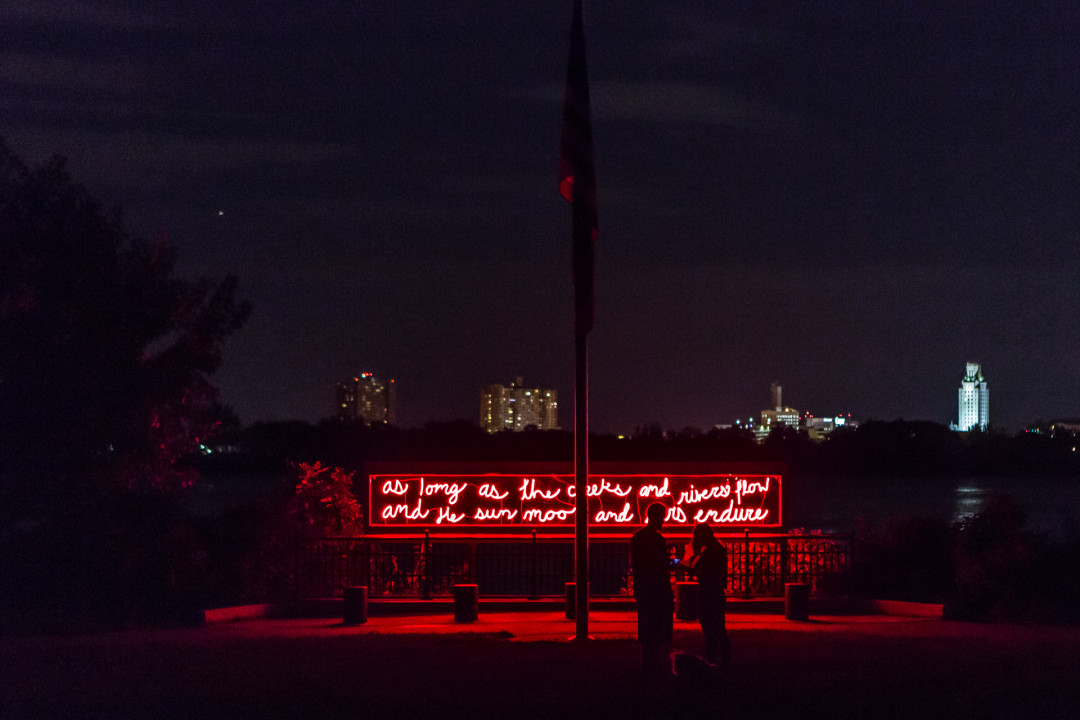 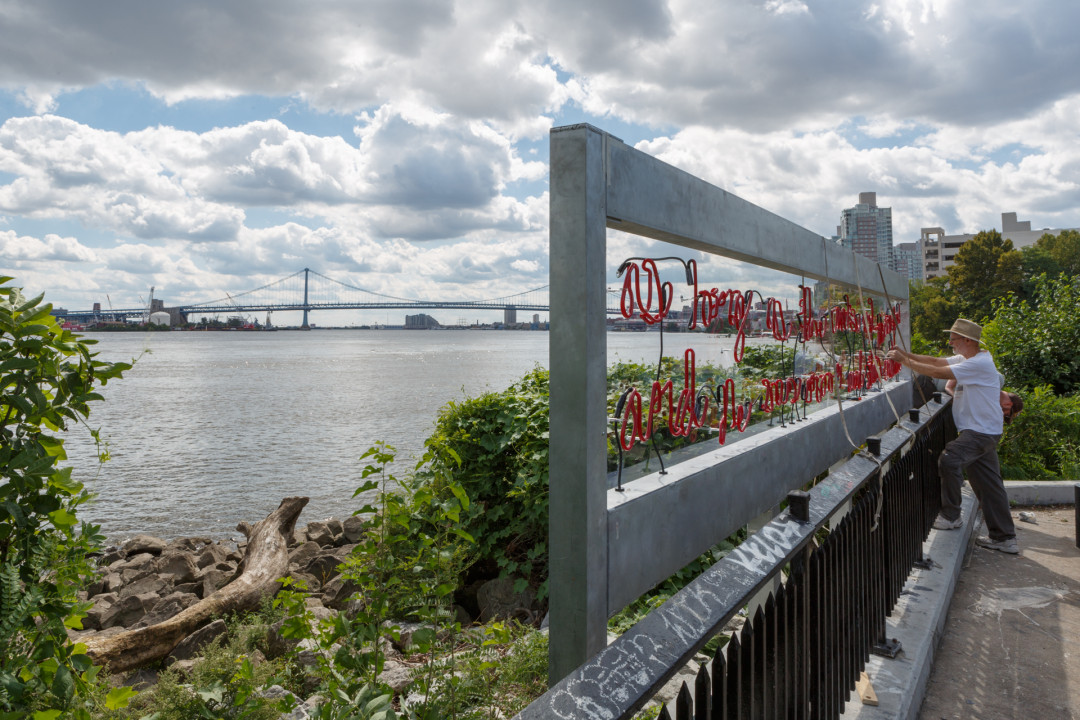 Duane Linklater’s In Perpetuity was a monument to Lenape Chief Tamanend and a historical reference point for the broad erasure of the presence of Indigenous peoples from lands that now include the city of Philadelphia. The artwork was installed on the banks of the Delaware River, in an area known as Shackamaxon, which served as a meeting place for thousands of years prior to colonial encounter. In 1682–83, William Penn and Chief Tamanend met there to secure a “treaty of friendship.” The scope of the Lenape’s agreement, according to historical accounts, was meant to last “as long as the rivers and creeks flow, and the sun, moon, and stars shine.” Linklater asked his nine-year-old daughter, Sassa, to handwrite these words. He then worked with a Philadelphia-area neon fabricator to reproduce the phrase as a lit sign installed on the edge of the park, to mark the enduring legacy of the Lenape people and the unraveling of a treaty intended to promote long-standing coexistence.

The birth of Philadelphia as a city was negotiated by two groups of people: the original inhabitants of the area, the Lenni Lenape people—who have lived in the area for thousands of years—and the new settlers from Europe. Upon meeting in what is now known as Penn Treaty Park in Philadelphia, both groups negotiated a treaty to articulate their relationships and responsibilities to each other and to solidify their peaceful co-existence in perpetuity. The actual meeting between Lenni Lenape Chief Tamanend and his counterpart William Penn was not documented in 1683, but is well-situated in the history of Philadelphia—preserved in paintings, monuments, park spaces, remnants of the tree which they sat under, and various writings.

Emerging from this encounter were the words that Chief Tamanend allegedly spoke at the Treaty meeting: “We will live in love with William Penn and his children as long as the creeks and rivers flow, and while the sun, moon, and stars endure.”

A translation of Tamanend’s words, which would have been spoken in the Lenni Lenape language, are now proposed in Penn Treaty Park in near proximity to the Delaware River. These words were given to the artist’s nine-year-old daughter, Sassa Linklater, to rewrite by hand as a kind of family pedagogy, a passing of Indigenous knowledge from one generation to another, a transmission of Tamanend’s poetry from one generation to another. Held up in an aluminum structure housing the illuminated red neon words, in tandem with Bob Haozous’ Indian Land Commemorative (1988), both works articulate Indigenous conceptions of time and duration, the presence of Indigenous people in contemporary Philadelphia and the United States, and the original agreements which still hold so much potential.

Collaborators: Sassa Linklater (for her hand and thought while rewriting the words of Chief Tamanend), Davidson Neon with Len Davidson, Hugo Hsu, and the Cohen Metals Group