A Wall of Our Own: An American History of the Berlin Wall
by Paul M. Farber 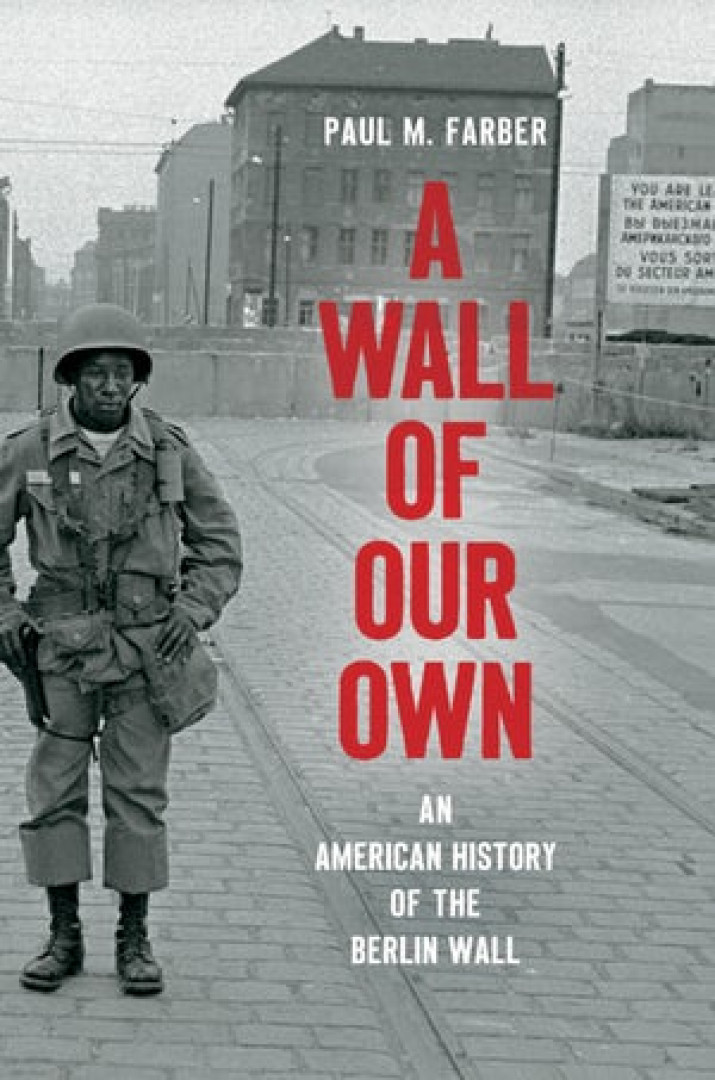 The Berlin Wall is arguably the most prominent symbol of the Cold War era. Its construction in 1961 and its dismantling in 1989 are broadly understood as pivotal moments in the history of the last century. In A Wall of Our Own, Paul M. Farber traces the Berlin Wall as a site of pilgrimage for American artists, writers, and activists. During the Cold War and in the shadow of the Wall, figures such as Leonard Freed, Angela Davis, Shinkichi Tajiri, and Audre Lorde weighed the possibilities and limits of American democracy. All were sparked by their first encounters with the Wall, incorporated their reflections in books and artworks directed toward the geopolitics of division in the United States, and considered divided Germany as a site of intersection between art and activism over the respective courses of their careers. Departing from the well-known stories of Americans seeking post–World War II Paris for their own self-imposed exile or traveling the open road of the domestic interstate highway system, Farber reveals the divided city of Berlin as another destination for Americans seeking a critical distance. By analyzing the experiences and cultural creations of "American Berliner" artists and activists, Farber offers a new way to view not only the Wall itself but also how the Cold War still structures our thinking about freedom, repression, and artistic resistance on a global scale.