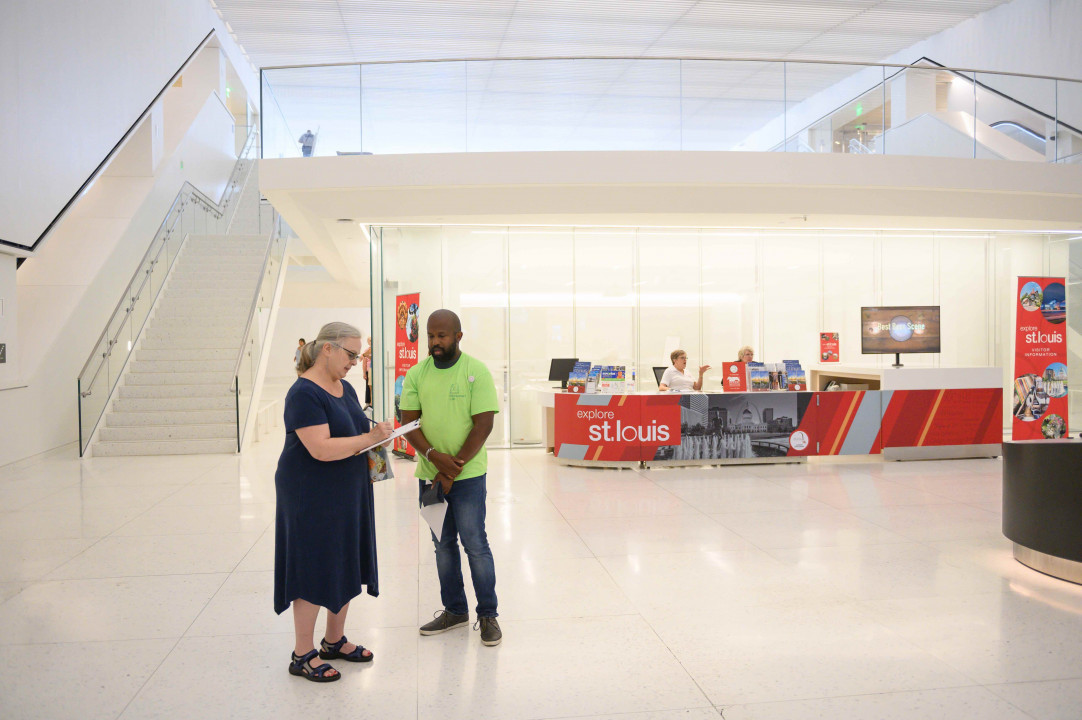 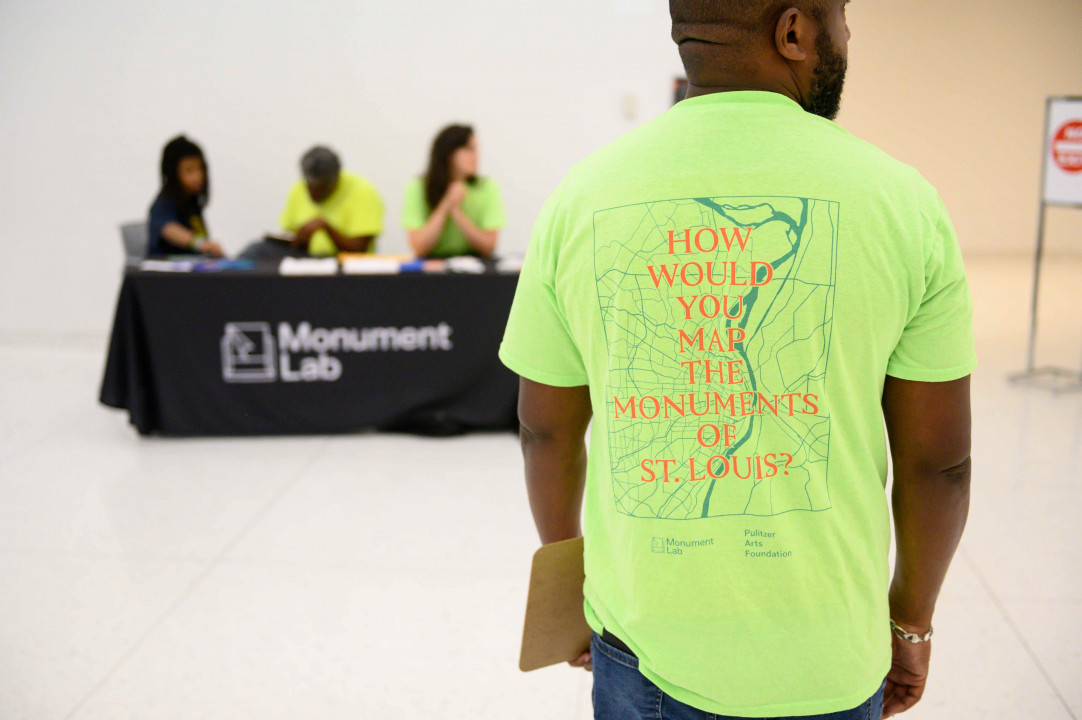 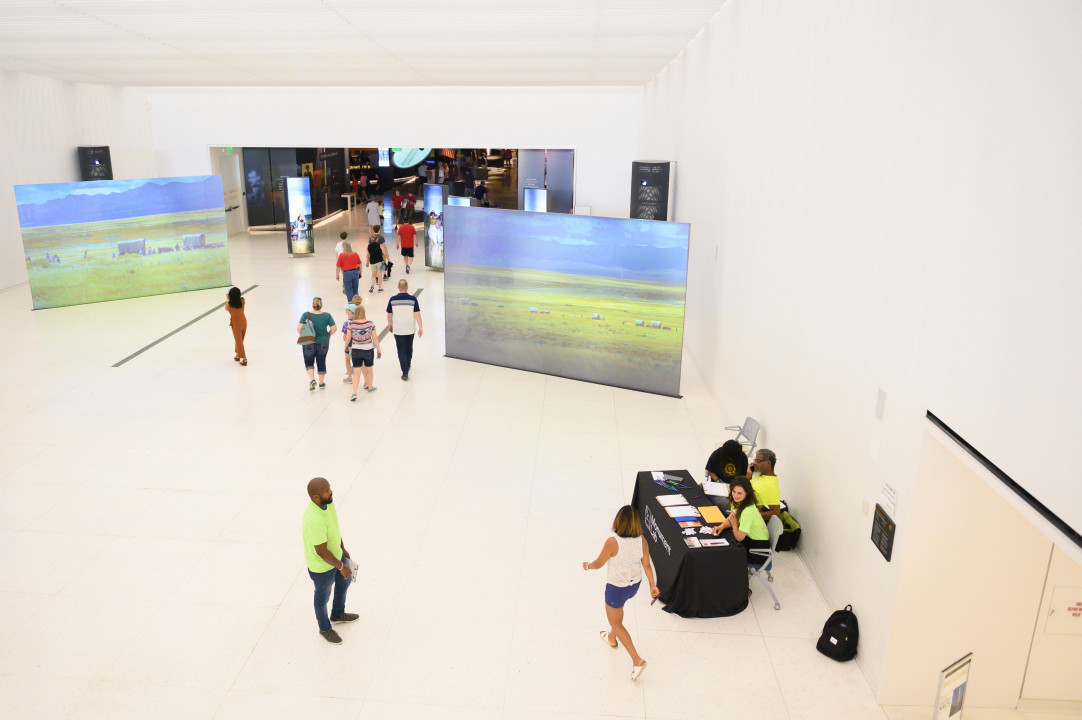 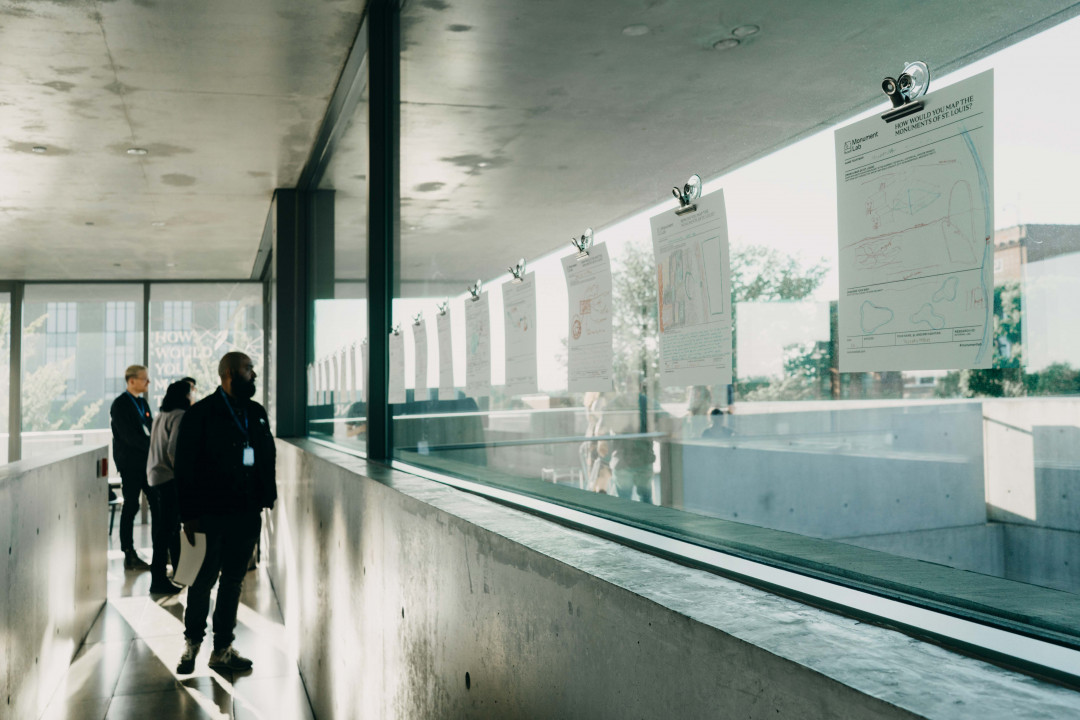 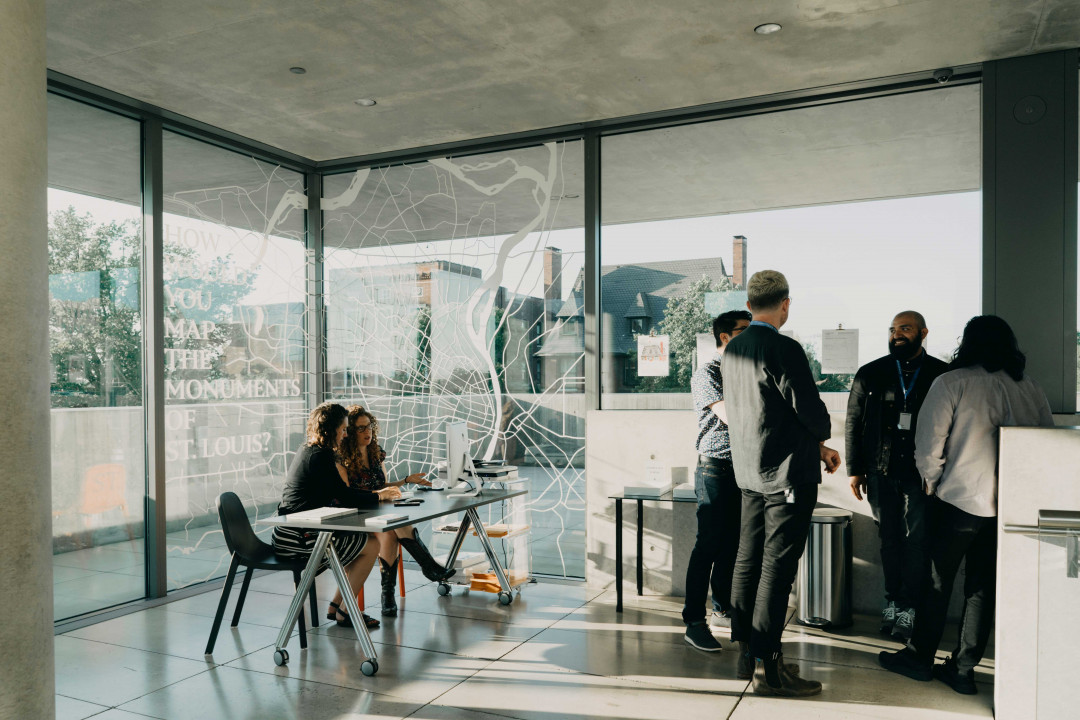 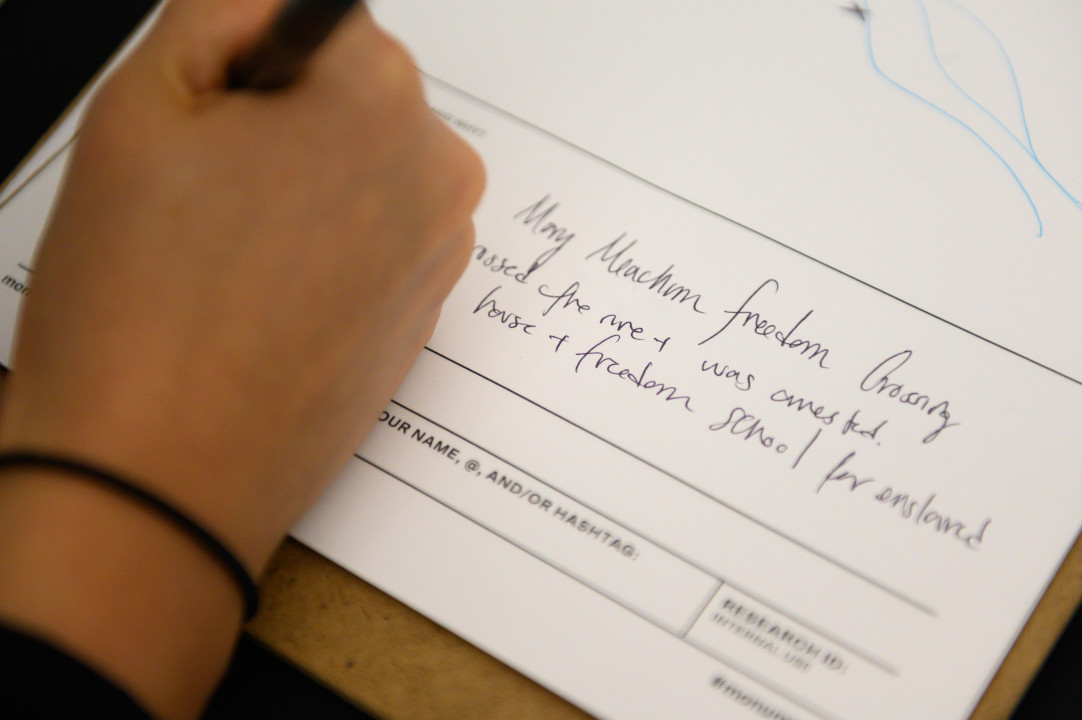 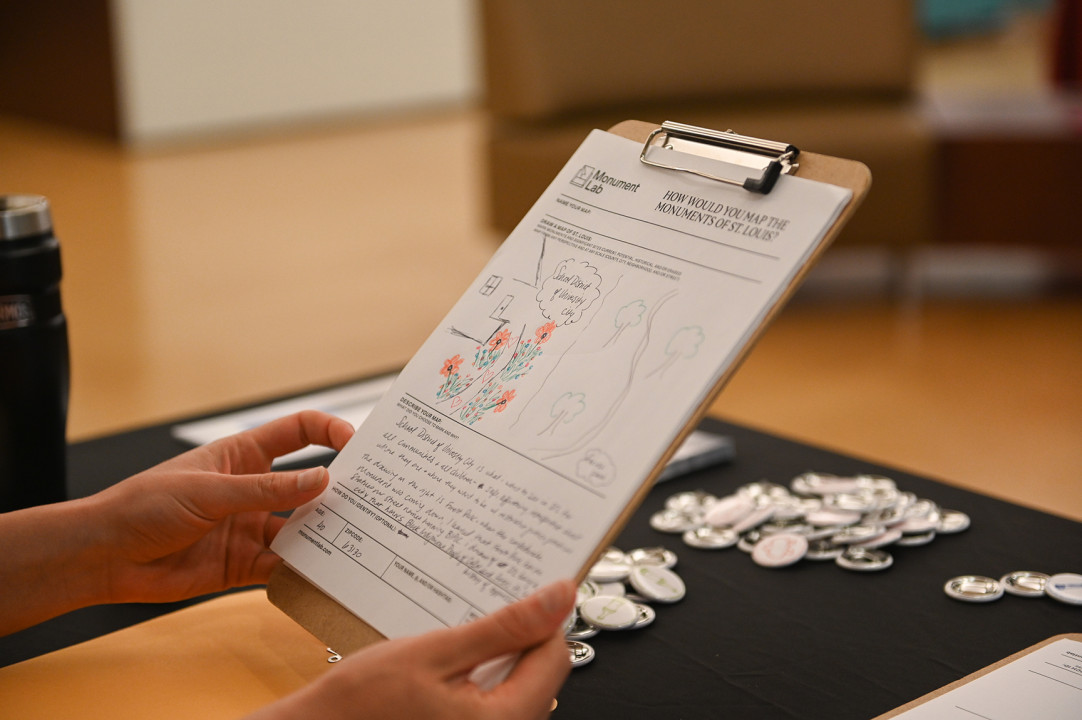 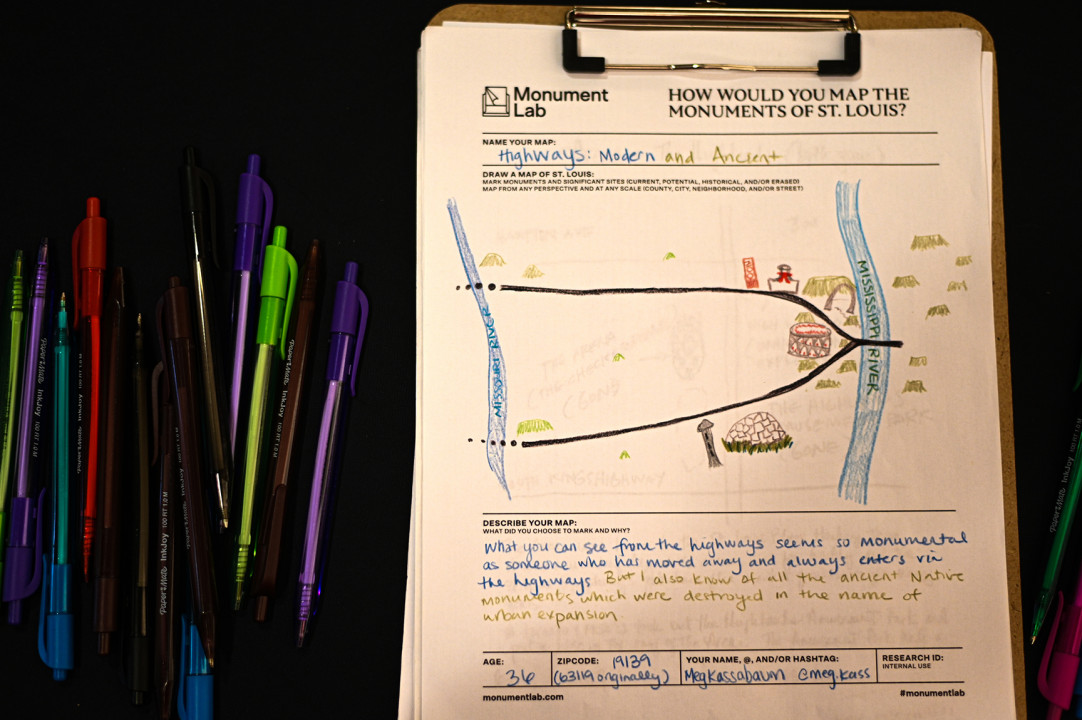 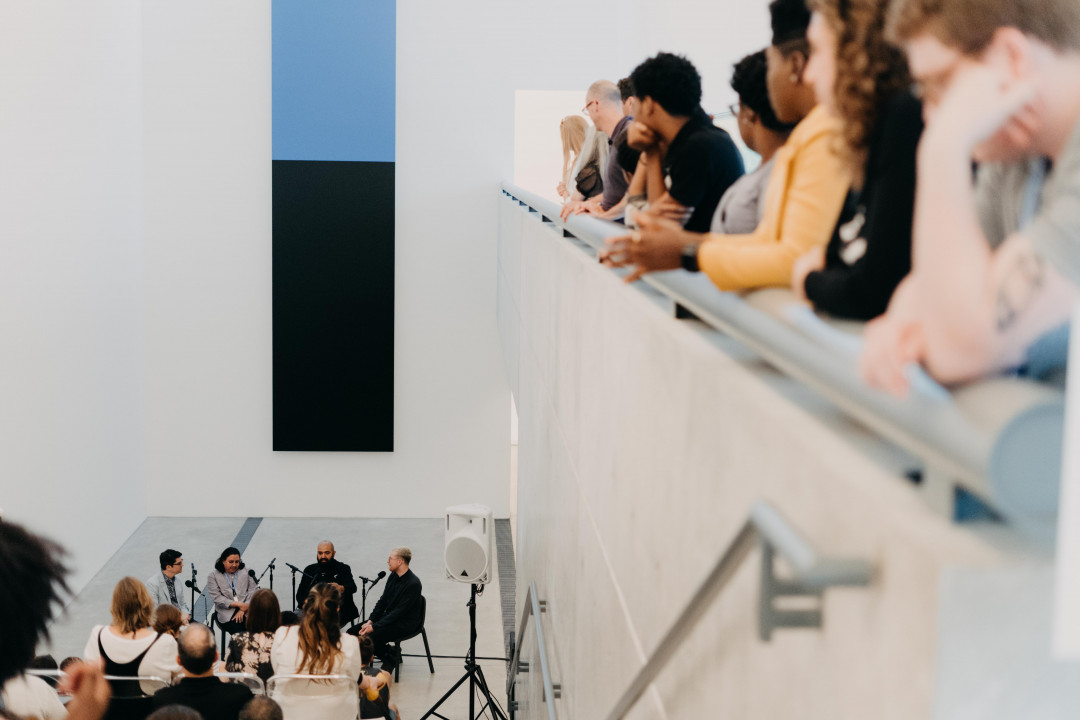 How would you map the monuments of St. Louis?

In a research residency at the Pulitzer Arts Foundation, Monument Lab and a team of local researchers gathered publicly-sourced inventories of St. Louis’s symbols and sites of memory.

The Public Iconographies team worked from a research field office in the museum during open hours and extended into various communities through research-gathering meet-ups at cultural sites around St. Louis. Residents and visitors were invited to submit personalized responses on paper forms, each with a hand-drawn map of the city, to build an atlas of both traditional and unofficial sites of memory, whether they are existing, potential, historical, or erased. 750 participants contributed maps.

The project marks both existing landmarks and monuments, as well as missing aspects of the city’s current landscape that are nonetheless part of the public consciousness around histories of justice and injustice, equity and exclusion. The goals of the project are to explore the relationship between St. Louis’s residents and the city’s inherited symbols, and  to critically represent and update the iconography of the city.

The residency culminates in 2020 with continued stakeholder engagement, a collaboration with Washington University’s African American Studies and Sociology departments, and the release of a map publication featuring Monument Lab’s findings.

The Monument Lab research team gathered 750 hand drawn maps from residents and visitors to St. Louis in the summer of 2019 that responded to the question, “How would you map the monuments of St. Louis?” In addition to asking for hand drawn maps, the paper form also included the following fields:  “name your map”, “describe your map”, “age”,  “zipcode”, “how do you identify?” as well as “your name, @, and/or hashtag”.  For each map collected, the research team transformed the map form into data in the following ways: 1) They assigned a unique identifier to the form, which they used to refer to that particular map across all data systems. 2) They scanned it to create a digital image, and named the image using the unique identifier. 3) They transcribed text fields from the form onto a table in Airtables and 4) They added each place identified on the hand drawn map to a separate table containing an inventory of all of the places identified by mapmakers.

The resulting dataset is accessible in the following ways:

If you have questions or ideas about the data, please contact us.

The Public Iconographies residency was presented in coordination with the Striking Power: Iconoclasm in Ancient Egypt exhibition at the Pulitzer Arts Foundation.