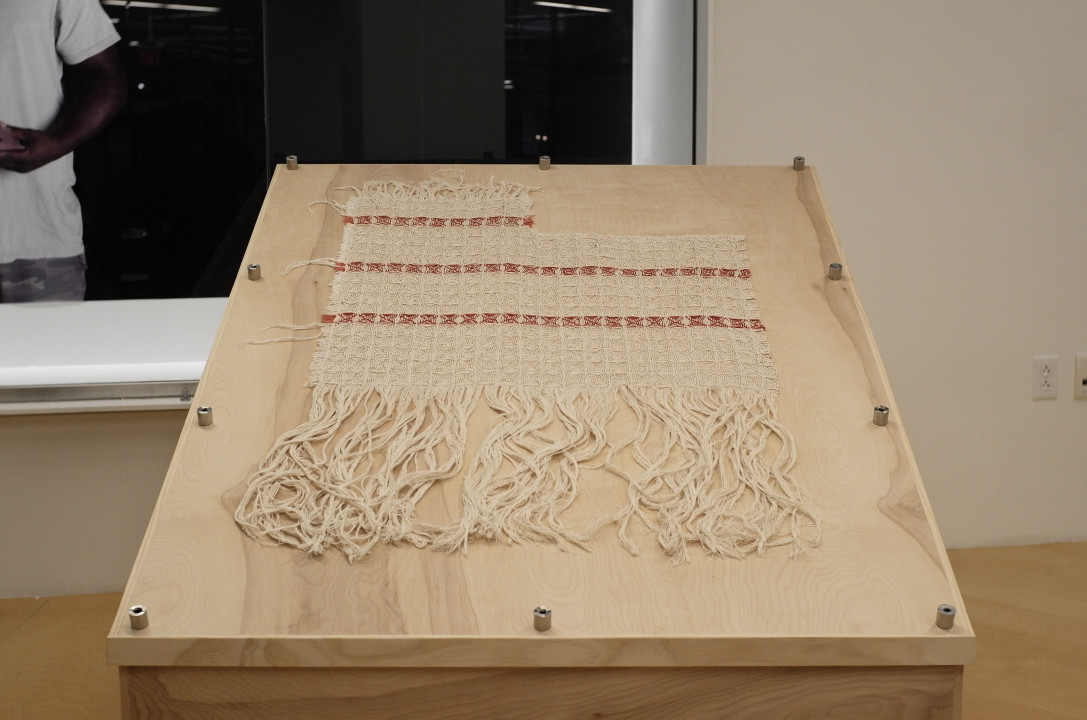 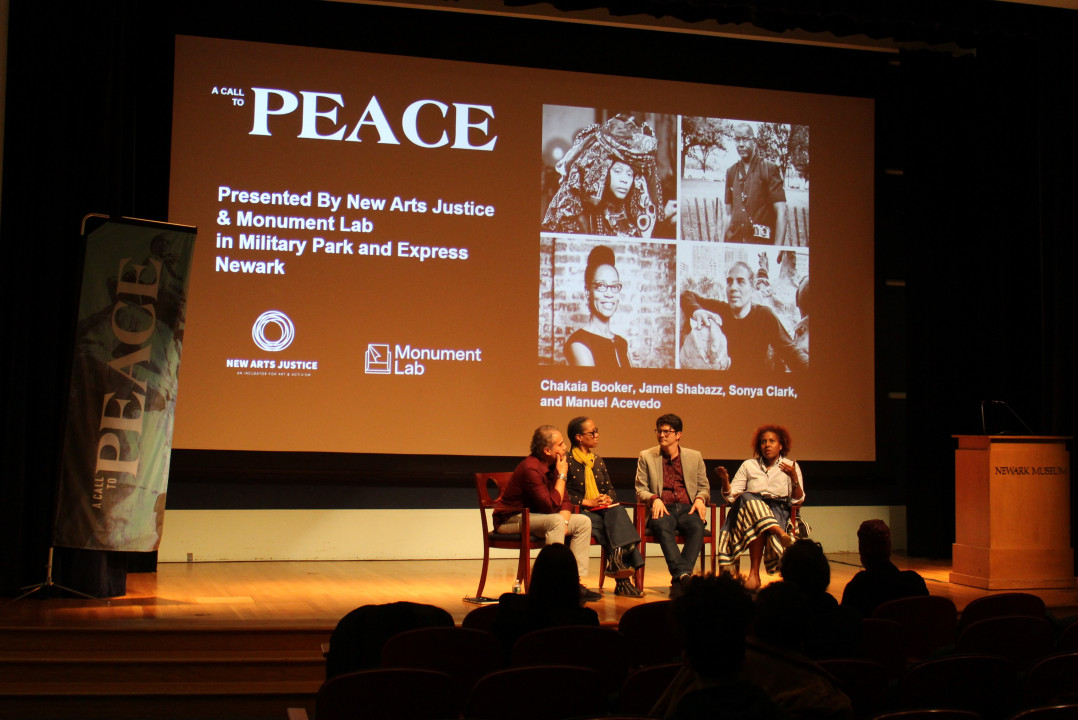 For over 150 years, the “Confederate truce flag” existed as a rarely known artifact of Americana. In April 1865, a white flag of surrender was flown by Robert E. Lee’s troops as a sign of Confederate defeat and delivered to the Appomattox Court House in Virginia bringing an end to the Civil War. Several fragments of the Confederate truce flag are owned by the Smithsonian and other historic institutions, despite being overshadowed by the disturbing prevalence of the Confederate battle flag. Artist Sonya Clark sought to intervene and update this imbalanced history when she re-introduced the truce flag back into contemporary consciousness. Earlier this year, she reproduced multiple and monumental replicas of how the truce flag would have appeared when it was whole through a residency with the Fabric Workshop and Museum in Philadelphia. Her residency culminated in the renowned exhibition Monumental Cloth, The Flag We Should Know. Clark’s re-introduction of the flag was an attempt to reckon with unresolved legacies of Civil War memory. Talking with the Monument Lab podcast earlier this year, Clark shared critical questions she intended to pose through her project: “What does surrender mean, what does truce mean, what does reconciliation mean, what does peace really look like, what do we have to surrender to get to true democracy?” For A Call to Peace, Clark created a special handwoven fragment of the truce flag, mirroring an artifact preserved at the American Civil War Museum in Appomattox.

Sonya Clark is Professor of Art at Amherst College in Amherst, Massachusetts. Previously, she was a Distinguished Research Fellow in the School of the Arts at Virginia Commonwealth University where from 2006 until 2017 she served as chair for the Craft/ Material Studies Department. In 2016, she was awarded a university-wide VCU Distinguished Scholars Award. She earned an MFA from Cranbrook Academy of Art and was honored with their Distinguished Alumni Award in 2011. She has a BFA from the School of the Art Institute of Chicago. Her first college degree is a BA from Amherst College where she also received an honorary doctorate in 2015. Her work has been exhibited in over 350 museum and galleries in the Americas, Africa, Asia, Europe and Australia. She is the recipient of a United States Artist Fellowship, a Pollock Krasner award, an 1858 Prize, Art Prize Grand Jurors Award, and an Anonymous Was a Woman Award, a Red Gate Residency in China, a BAU Carmago Residency in France, a Rockefeller Foundation Bellagio Residency in Italy, a Smithsonian Artist Research Fellowship, a Knight Foundation Residency at the McColl, a Civitella Ranieri Residency in Italy, a Yaddo Residency, and a VCUarts Affiliate Fellowship at the American Academy in Rome. Her work has been favorably reviewed in several publications including the New York Times, Philadelphia Inquirer, Italian Vogue, Los Angeles Times, Hyperallergic, Mother Jones, and Huffington Post.

Loan Courtesy of the Artist