Alisha B. Wormsley is an interdisciplinary artist and cultural producer based in Pittsburgh, PA. Her work focuses on collective memory and the synchronicity of time, specifically through the stories of women of color. Wormsley’s project, There are Black People in the Future, is inspired by afro-futurist artists and writers who highlight the need for black people to claim their place. Through the inscription and utterance of the words, ‘There are Black People in the Future,’ the project addresses systematic oppression of black communities through space and time by reassuring the presence of black bodies. In 2017, Wormsley placed these words on a billboard in East Liberty, a neighborhood in Pittsburgh’s east end that has suffered gentrification. When the billboard was removed by the city, community members protested. Since then, the billboard is in the process of being replicated in Detroit, Charlotte, New York City, and London, and for an upcoming augmented reality conference in Ghana. 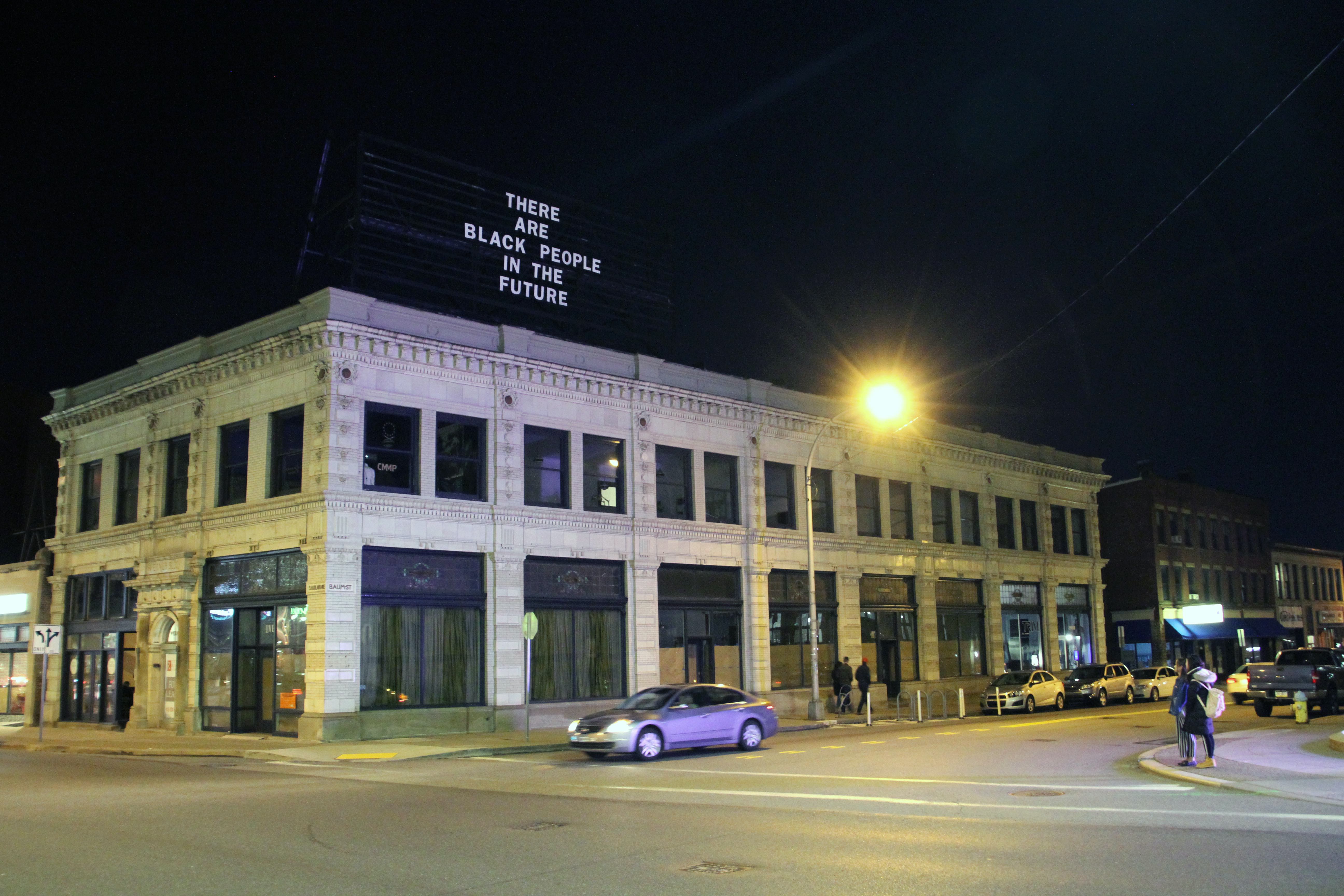