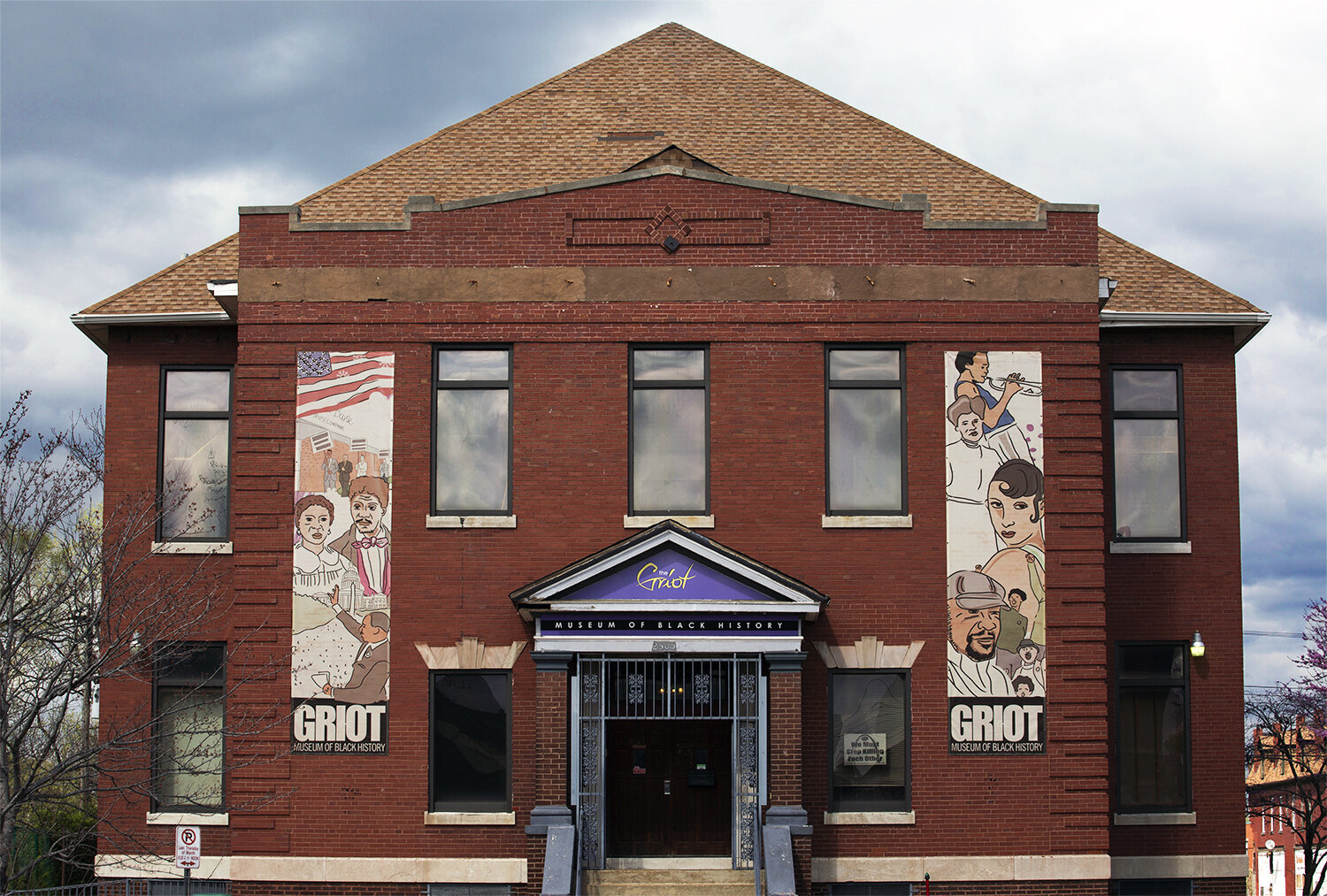 Join us for the first in a series of Re:Generation Roundtables with artists, educators, storytellers, and organizers centered around the question: Which stories belong in public? Through the theme of Reassess, our panel will explore how and where we tell our stories against the grain, in order to create the spaces that hold different ways of knowing.

Lois D. Conley is the Founder and Executive Director of The Griot Museum of Black History. Her research interests include African-America history, with a focus on the Underground Railroad and Westward Expansion. She has served as consultant to the National Park Service, Missouri Humanities Council, and the Royal Tropical Museum in Amsterdam.

La Tanya S. Autry, aka Artstuffmatters, is a cultural worker, curator, and educator committed to liberatory praxis. She has developed exhibitions and programming in institutional spaces, such as Yale University Art Gallery, MOCA Cleveland, Artspace New Haven, and non-institutional collaborative freedom projects, including Social Justice & Museums Resource List, The Art of Black Dissent, Museums Are Not Neutral, and the Black Liberation Center. La Tanya is completing her PhD in art history at University of Delaware. Her dissertation The Crossroads of Commemoration: Lynching Landscapes in America examines the interplay of race, representation, memory, and public space.

Mike Murawski is a consultant and educator; author of Museums as Agents of Change: A Guide to Becoming a Changemaker (2021), author of the Substack publication Agents of Change, and co-producer of Museums Are Not Neutral, a global advocacy campaign calling for transformation across museums. In 2016, he co-founded Super Nature Adventures LLC, a place-based education and creative design agency that partners with parks, government agencies, schools, and non-profits to expand learning in the outdoors and public spaces. Mike previously served as the Director of Learning & Community Partnerships for the Portland Art Museum; contributor to Museums as Sites of Social Action (MASS Action) initiative supporting equity and inclusion in museums; and Project Advisor for the OF/BY/FOR ALL initiative helping civic and cultural organizations grow of, by, and for their communities. He holds his MA and PhD in Education from American University in Washington, DC.

Matthew Jordan-Miller Kenyatta Ph.D. (or "Dr Matt") is a geographer, storyteller, and planning scholar who works at the intersection of place, taste, and urban change from Black and queer perspectives.  Dr. Matt's academic scholarship focuses on cultural and economic geographies of Black joy, the urban design of public space (especially in commercial corridors) and preserving diasporic heritage through digital humanities and worldbuilding practices. Since 2018, he has been a researcher and lecturer at the University of Pennsylvania Stuart Weitzman School of Design's Department of City Planning and in Architecture. In 2019, Dr. Matt was named an Emerging Scholar by the Penn Institute for Urban Research and a member of the Mellon Humanities + Urbanism + Design (HUD) Colloquium at Penn. In 2021, he was appointed as the School's first Director of Justice & Belonging Initiatives. In summer 2021, Dr. Matt was appointed by the City of Philadelphia as the youngest member of the Philadelphia Art Commission, the oldest public art and architecture jury in the country. Since 2020, he has been authoring his first manuscript under contract with Penn Press about Black urban design through the visionary small businesses in South Central Los Angeles based on his transdisciplinary doctoral work and his ongoing photography project @BlackUrbanism. His work has been published as articles in Planning Theory & Practice and forthcoming book chapters in edited volumes on The Black Geographic by Duke University Press (summer 2023) and Just Urban Design by MIT Press (November 2022).