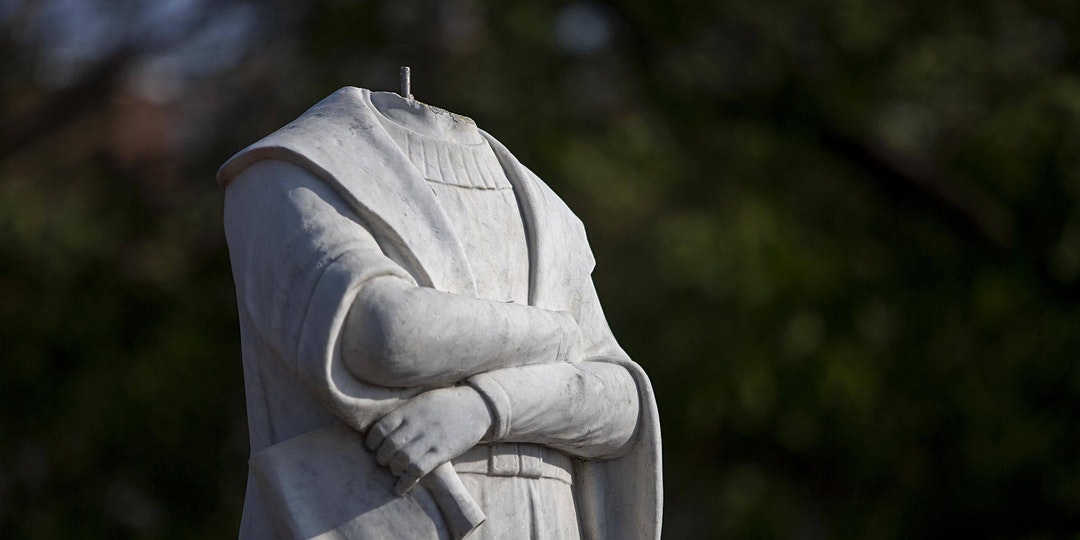 Sponsored by the BU Arts Initiative, WBUR CitySpace, and The ARTery.

How do we engage with our shared histories and culture through monuments, statues and public art? How does that relationship sustain or perpetuate systemic racism? What needs to be done to make change? We’ve seen in recent days how a growing desire from the public to address these legacies with actionable change, particularly around confederate monuments, is met with defiance from some leadership, and action from others. This conversation addressed the nuances of this issue, and what the future of public art could look like.

Panelists
Paul M. Farber, PhD is Artistic Director and Co-Founder of Monument Lab. He is also Senior Research Scholar at the Center for Public Art and Space at the University of Pennsylvania Stuart Weitzman School of Design. Farber's research and curatorial projects explore transnational urban history, cultural memory, and creative approaches to civic engagement. Farber is the author of A Wall of Our Own: An American History of the Berlin Wall (University of North Carolina Press, 2020) which tells the untold story of a group of American artists and writers (Leonard Freed, Angela Davis, Shinkichi Tajiri, and Audre Lorde) who found refuge along the Berlin Wall and in Cold War Germany in order to confront political divisions back home in the United States. He is also the co-editor with Ken Lum of Monument Lab: Creative Speculations for Philadelphia (Temple University Press, 2019), a public art and history handbook designed to generate new critical ways of thinking about and building monuments.

L'Merchie Frazier, a public historian, fiber artist, innovator, poet and holographer, is Director of Education and Interpretation for the Museum of African American History, Boston/Nantucket. For fifteen years she has been engaged in highlighting and curating the Museum’s collection/exhibits, in providing place-based education and interdisciplinary history programs, projects and lectures, most recently promoting STEM / STEAM education pedagogy, and in managing the successful Faculty/ Teachers’ Institutes and its extension, The Cross Cultural Classroom, a benefit marketed to independent education entities, municipalities and corporations. She is Creative Outreach Director of the Transformative Action Project/ Violence Transformed. She serves on the faculty of Pine Manor College and Bunker Hill Community College, and is a resident artist of African American Artists in Residence Program (AAMARP) at Northeastern University.

Joel Garcia (Huichol) is an artist, arts administrator and cultural organizer with 20+ years of experience working transnationally focusing on community-centered strategies. His approach is rooted in Indigenous-based forms of dialoguing and decision-making (non-hierarchical) that uplifts non-institutional expertise. Joel uses art and organizing to raise awareness of issues facing underserved communities, inner-city youth, and other targeted populations. He's a fellow of both the Intercultural Leadership Institute and Monument Lab an independent public art and history studio based in Philadelphia that cultivates and facilitates critical conversations around the past, present, and future of monuments, and is an Artist-in-Residence (AIR) Program at Los Angeles Cleantech Incubator (LACI), which empowers innovation by uniting the creative and cleantech communities in the shared aim of addressing global environmental problems.

Arielle Gray (Moderator) is the Arts Engagement Producer for The ARTery, WBUR’s arts and culture team. She manages the ARTery's social media, events and curated content. She is a Boston-based multimedia journalist who uses journalism and graphic art to tell the stories of underserved voices. Arielle started off as a Boston University undergrad before transferring to UMass Boston, where she was a staff writer for The Mass Media. Aside from writing for university publications, Arielle got her start covering music for the local platform KillerBoomBox, and went on to write for other publications such as DigBoston, Huffington Post and Afropunk. Her work often focuses on the intersections of marginalized identities while examining these intersections through a social justice lens. She is also currently an artist fellow for the Dudley Street Neighborhood Initiative in Roxbury. She hopes to continue reporting on the vibrant and growing music and arts scene in Boston. Check out Arielle's recent piece: The Christopher Columbus Statue Should Stay. Here's Why.