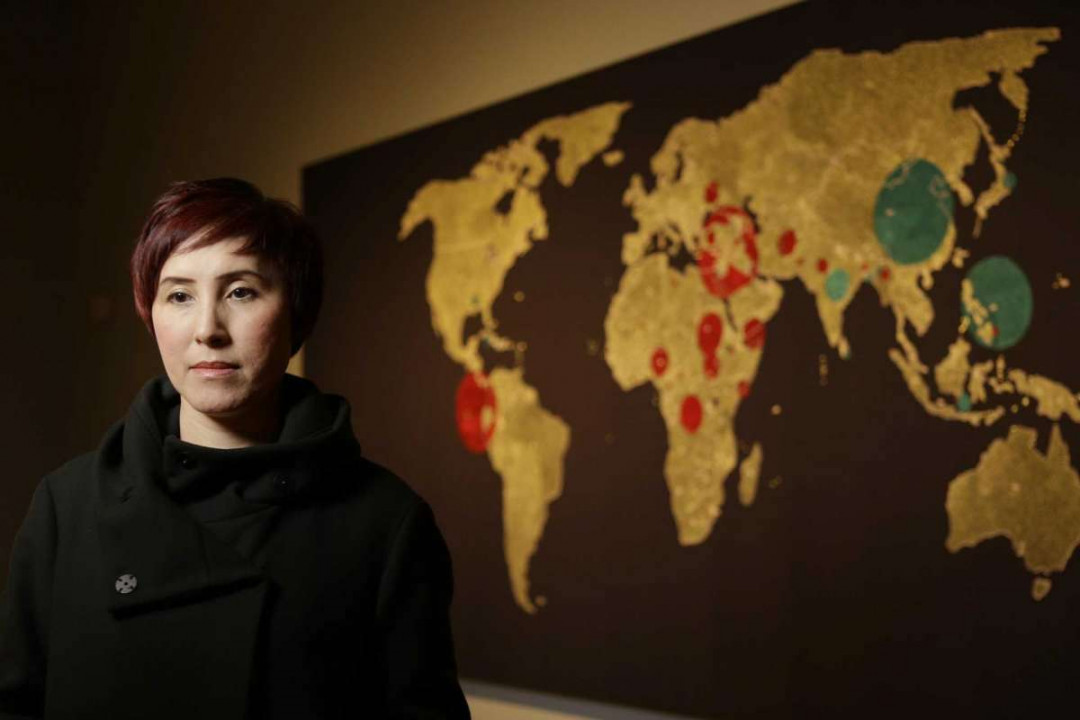 "It's my first time touring the National Mall and seeing all the monuments that I have only seen in photographs. It gives me that sense of humility. But at the same time, a lot of things going through my mind was what's missing here? Were the monuments built at someone's expense? I thought a lot about the labor that went into it. I thought a lot about the bodies of people that went into it, and I wonder if those were mentioned anywhere."

Tiffany Chung is globally noted for her cartographic drawings and embroideries, paintings, sculptures, photographs, and videos that examine conflict, geopolitical partitioning, spatial transformation, environmental crisis, and forced migration in relation to history and cultural memory. Most recently in 2019, she presented a solo exhibition at the Smithsonian American Art Museum (Washington, D.C.) and has been featured at museums and biennials worldwide including the 56th Venice Biennale (Italy), MoMA (NY), British Museum (UK), Nobel Peace Center (Norway), Schirn Kunsthalle Frankfurt (Germany), among many others. Chung is a Mellon Arts & Practitioner Fellow at RMIT, Yale University. She was a finalist for the Vera List Center Prize and named Jane Lombard Fellow for Art & Social Justice and was the recipient of Asia Society Asian Arts Game Changer Award. Chung is based primarily in the United States and Vietnam.