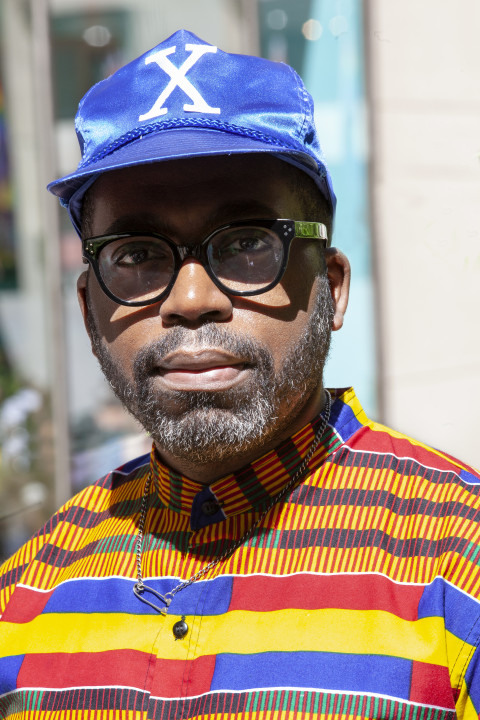 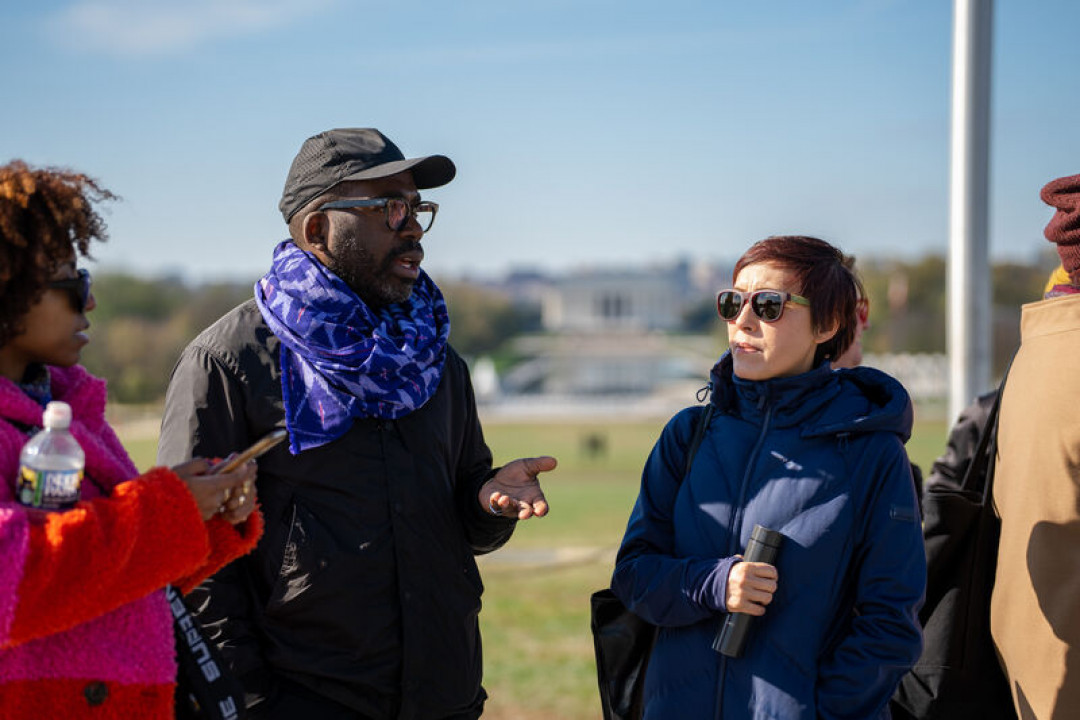 "It's an honor to be able to add to the conversation surrounding monuments and monumentality....we are going to create a space that is only going to amplify the purpose of the Mall in a way it never has before." (Derrick Adams speaking to Zachary Small with the New York Times)

Derrick Adams is a Brooklyn-based artist whose work spans painting, collage, sculpture, performance, video, and sound. His oeuvre probes how identity and personal narrative intersect with American iconography, art history, urban culture, and the Black experience. Additionally, he explores how individuals are shaped by their physical, societal, and historical environs. Among many honors, he received a Robert Rauschenberg Foundation Residency and Gordon Parks Foundation Fellowship. His work has been featured in public exhibitions including MoMA PS1 (Queens, New York), Brooklyn Museum (Brooklyn, New York), Museum of Art and Design (New York, NY), and The Cleveland Museum of Art (Cleveland, OH). Adams’ work resides in the permanent collections of The Metropolitan Museum of Art (New York City, New York), The Studio Museum in Harlem (New York City, New York), and the Virginia Museum of Fine Arts (Richmond, Virginia), among many others. Adams obtained his BFA from the Pratt Institute and MFA from Columbia University.